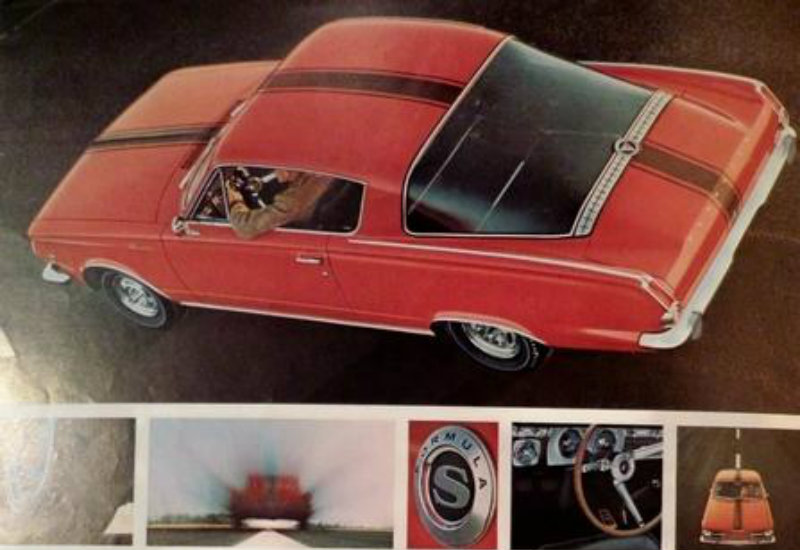 Dodge is still keeping any information about the Barracuda close to heart, so we’ll just have to patiently wait while reminiscing about models past. The Dodge City Daily Globe got their hands on an old ad for the 1965 Plymouth Barracuda Formula S and it was a real beauty, especially in red.

A reader of the publication purchased a red Plymouth Barracuda Formula S with Torqueflite automatic transmission and black upholstery back in 1964. It even came with Am-Fm Radio, air conditioning, power steering, and a set of Goodyear Blue Streak tires. Sitting under the bonnet was a 273 V8 performance 4-barrel engine. It was the perfect five seater for them pulling double duty as a great camping and antenna vehicle. Ferrying three kids and himself across various cities on the way to Big Bend National Park in Texas was a cinch and the large rear window provided the rambunctious passengers with great views. Then there were days when a 20-foot extension ladder in two 10-foot pieces was fitted inside the cabin, sitting right between the bucket seats.

The Plymouth Barracuda was more than a daily driver for work and not many people knew that it hit sales floors a bit over two weeks before the 1964 Mustang. But enthusiasts took notice when a 383 big block V8 appeared in the second-gen Barracuda and its popularity took off from there.
Barracuda News is offline
Quote
post #2 of 2 (permalink) Old 11-03-2017, 01:16 PM
Sushi
Member